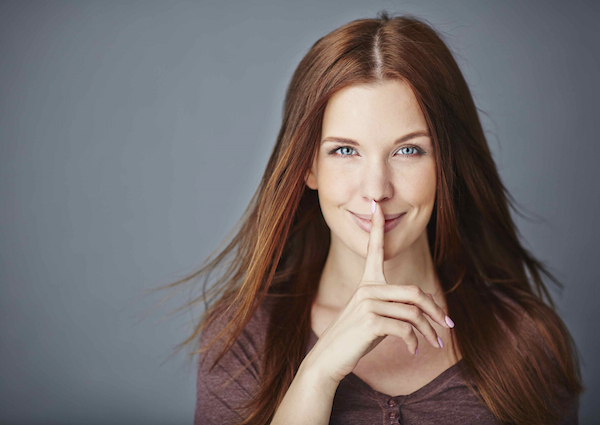 The Power of Silence

As a professional coach, all aspects of communication are crucial to my work and to the success of my coaching clients. In today’s blog I want to shed light upon a specific element of communication that usually doesn’t get the attention it deserves: the use of silence.

“Music is the space between the notes”
(Claude Debussy)

In music, the use of silence is as much a stylistic element as are the actual notes. This text, likewise, does not only consist of letters and words but also of the spaces between them.

The same holds true for verbal communication, where the spaces between words and sentences have a far reaching effect extending beyond their structuring function.

For many people silence in communication is not much more than the absence of talking. This makes the perceived “gap” in which something is missing difficult and uncomfortable for many. Unless you are sitting on a park bench at the ocean front together with your best friend, in which instance, most people could imagine sitting in quietness for minutes without necessarily feeling uncomfortable. Naturally, the reason why this is different is that there is already a high level of trust established and therefore quality of relationship.

In most other situations and especially in business, many people experience silence in conversations as awkward and therefore try to avoid it. This leads to using inept filler words and noises like “aaahm …”, “right” or “ok” repeatedly when presenting. These are simply used to bridge the silence between two sentences. Moreover, people tend to converse as if they were playing a round of table tennis where each statement is answered right away without any silence. Worst case scenario, we interrupt each other so that not only is silence avoided but we even create overlapping speech. The quality of our listening is massively impaired if we are already preparing our next answer while the other person is still talking to us.

The Dutch author and expert for intercultural management, Fons Trompenaars, talks about ‘conversation patterns’ which are culturally different. In most central European and Anglo-Saxon countries it is considered polite to let the conversation partner finish his or her sentence before answering. This is not the same everywhere in the world. In Latin cultures as in Spain, Italy or Brazil an overlapping share of speech is not only socially acceptable but in fact a sign of interest and engagement in a conversation. Those with firsthand experience of enjoying an Italian family lunch will have intimate knowledge of the aforementioned. In business, pausing too much in a conversation can be perceived as a lack of communication skills or a lack of assertiveness.

On the other end of the spectrum there are societies in which a central European conversation pattern can be perceived as not very respectful. Many Asian cultures are among these, such as Japan, where a small pause before answering is considered a sign of respect and appreciation. Answering immediately, speaking at the same time or interrupting the other person is considered rather impolite in many Asian countries.

Evidently, it can present a challenge to lead a project meeting in which Latin, Anglo-Saxon and Asian cultures come together – and along with them completely different expectations and behaviors in respect of meeting etiquette. Knowledge of these cultural differences can prove valuable and will assist you in handling the situation in a relaxed way and with an open and unbiased mind. You may take it less personally when you are interrupted or you may explicitly give more room for others to express themselves.

Alternative situations exist in which a conscious use of silence typically leads to greater quality and effectiveness in communication. This being appropriate when either presenting to an audience or in leadership and customer interaction.

So how does this work practically? Read further as I share a few ways on how to use silence effectively in presenting as well as in conversations.

Most likely you have previously underlined or highlighted an important sentence in a written text.  The equivalent in verbal expression is the use of silence. Imagine a presenter who speaks without pausing and floods you with information. It is highly probable that, by the end of the presentation, you are not able to differentiate the essential information from the embellishment. This is because

In conversations, as opposed to presentations, we have less influence and control over the number and length of pauses. Here, we can increase the quality of our communication by adding a pause after our conversation partner has made a statement or answered our question. The benefits are manifold:

Instead of complete silence, you can also just repeat the last keyword the other person has used or just nod and say “hmm …” This generally slows down conversations, which adds to the quality of a conversation.

Besides the cultural needs your conversation partner may have, it is also important to take personality into account and meet the respective social styles. If for example you meet with an action oriented driver personality who wants to get to the point quickly and is not interested in small talk or details, making too many pauses during the conversation can backfire and have an adverse effect.

Regardless of whether you want to include silence more consciously in presentations or in conversations – it is possible that it may feel somewhat strange and unnatural initially.  Just like when you buy a pair of new shoes; they may fit but still feel a bit uncomfortable during the first few days. With this in mind I recommend that you first try to become more comfortable with silence and then encourage you to start experimenting with it. As you do so, observe how the quality of your presentations and conversations improves – and your use of filler words diminish. All the best!

Based in Switzerland, LEAP movie featured coach Thomas Gelmi provides development programs on an international level, focusing on personal and interpersonal skills in leadership, teamwork and customer interaction. He has a professional background in business and respective qualifications in management, leadership and executive coaching. Among his customers are multinational corporations such as Siemens, Roche, Syngenta, Credit Suisse and Zurich Insurance, various SMEs and private individuals around the world. Thomas was born 1968, speaks German, English, French and Italian fluently and lives close to Zurich, together with his wife and two children. For more information visit www.gelmi-consulting.com.