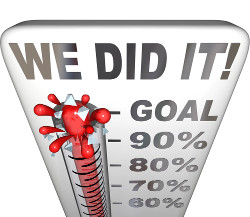 I was born in Warsaw, a city that was devastated by the war. My father didn't ever truly admit, but I know he's an orphan, who was found walking over the bombing debris by a wonderful woman I would later call 'grandmother'. Our little family arrived in Belgium when I was 3 years old and we had nothing: no money, no friends, we didn't even know the language. I came from nowhere. Coaching transformed my life.

Today, I'm happily married with Kasia, expecting our baby in June. We run the world's leading company in non-verbal communication for business with 50 representatives in 15 countries. Because I have a deep feeling we are on this world to fulfil a purpose, inspiring people how to be more happy and successful in life and business is part of my life's legacy. You can see our story why we make this film in the video below. There is nothing that would and will stop us from making this film. When you have a dream, you can make it reality too. Coaching can change your fate. You create your own destiny.

We started with this website in August 2014. A few of our friends in coaching supported our plan, but we didn't have any money even to start filming. We set up an application for coaches to become part of the mission. In the beginning, only a few applied. During one of the first calls with coaches, I had a call with Noam Kostucki. He told me he coached startups to raise funding and offered me a free coaching session. We had a great Skype call of 2 hours. I followed the action steps that resulted from the session. In the next 6 weeks after our call I raised the first $130,000 from a few wonderful persons who believed it's worth to support a cause that will make a difference in the world.

We needed at least $200,000 to get started, and since I raised $130k in just 6 weeks, my ego took over and I thought I would make it alone from there, without coaching. But I didn't. Over the next 4 months, I raised nothing.

In January, I reached out desperately again to a Noam and said "Can you help me to raise in total $500,000 within the next 3 months?"

Noam said: "That's not how I work. That's kind of impossible."

I replied: "I train coaches, so I know how to be a good coaching client. If we make a film about coaching, we need to show that coaching really works. How can we claim that others can be successful by being coached if we aren't successful ourselves in raising funds for a film about coaching? We need to walk our talk, and only coaches with total integrity will be featured in this film. I need $500,000 within 3 months to make this film and I'll do whatever it takes. If you can coach me to make that happen, let's also feature in the film how your coaching made that happen."

I had a 4 hours coaching session with Noam, restructuring completely our approach to raise funds: the business plan, the calls, the strategy, everything. Then we had a 30 min call each week, during 8 weeks. I learned what to say different during calls with investors, I discovered how to change a lot of crucial puzzle pieces in the funding strategy to make it work.

I had also a 1 hour coaching session with Cherie Carter-Scott, our first Executive Producer, who helped me to realise that I wasn’t decisive enough about the starting of the filming dates. My subconscious flexibility in being open to shift the filming start dates made potential investors keep holding off.

I made over 1000 calls with potential investors over 8 months time. That's about 30 calls per week, 6 calls per day. On average. Every single day.

Getting a coach made this film succeed, even before it is being filmed, and this reinforces even more my belief that when 1 million people get a coach, it will change the world because these 1 million people will make their dreams come true.

On our journey until now we met a lot of coaches: wonderful persons, enthusiastic persons, coaches who shouldn't be coaches, smart-ass people who claimed we should do it totally differently but had no idea how differently it could be done, world-class coaches who believed in our project even before we raised funds, coaches who don’t brag about it but get amazing results with their clients, etc.
Finding a really good coach is tough. Often you’ll only find out after being coached. This is why part of our mission with the Coaching movie and our upcoming Membership is to create a system to match up clients with the best coaches, with coaches who get real results.

If you want to make your dream reality, there are two advice I can give you:

If you want to raise funds, you can reach Noam Kostucki here: http://www.redefineus.com

It could change somebody's life, and it could change yours too.
If you want us to refer clients to you and give a free coaching session to clients we send your way, go here: http://coachingmovie.com/collaborate